Now that the February 2006 election fever is over, the 8th Parliament has been sworn in and a new Cabinet appointed, it is prudent to look back over the last three years to assess how Uganda’s transition from the Movement System to Multiparty System went. It is critical to examine what was supposed to change, what actually changed, the role of women in that change, and the opportunities that women must seize in order to maximise the change. 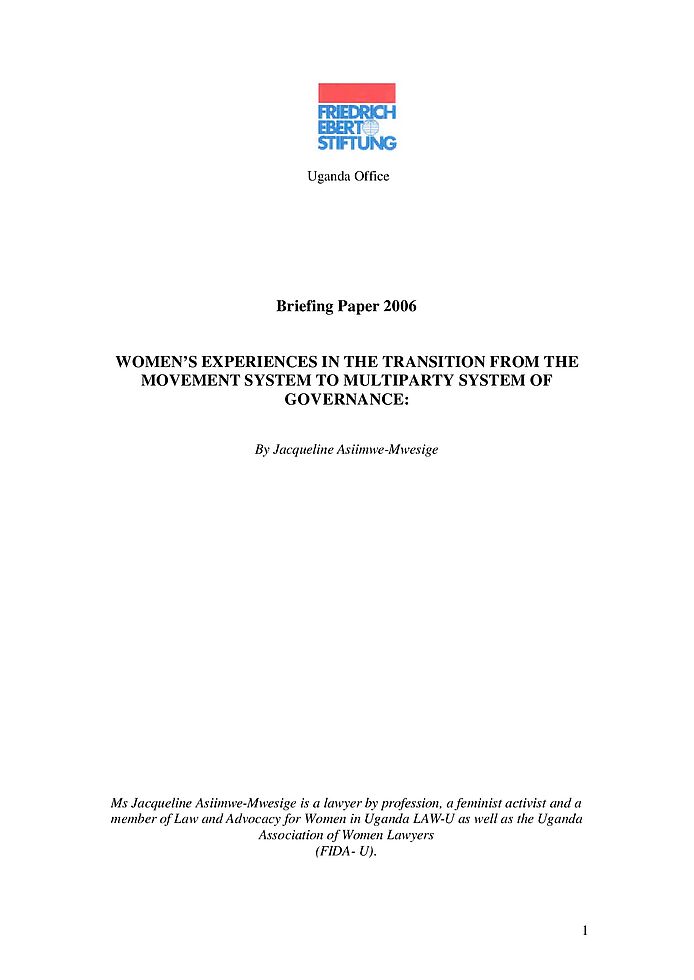 The present paper is divided into three major sections. The first section provides a brief overview of the context in terms of describing what the Movement System was, what precipitated the change to Multiparty and the process for that change. The second section will examine in depth what women’s and women’s organisations experiences were in attempting to influence the change. The Last section will probe into what opportunities present themselves in the newly adopted system of governance. 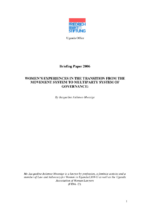