FES in partnership with the Urban Authorities Association of Uganda (UAAU) held a policy dialogue on the “Creation and management of public open spaces in urban councils” on 3rd October 2018 at the Imperial Royale Hotel Kampala. 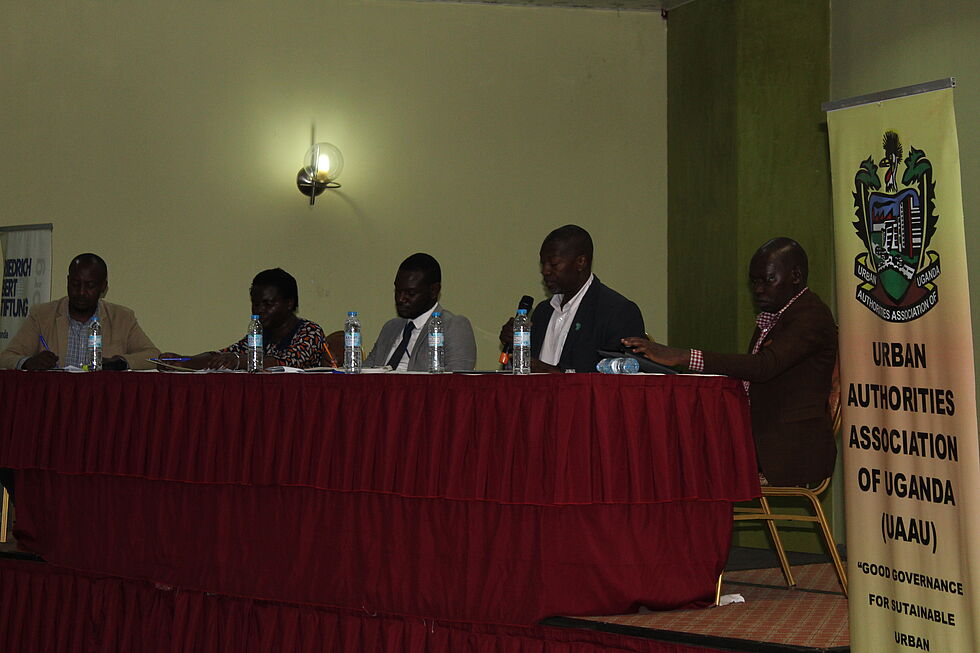 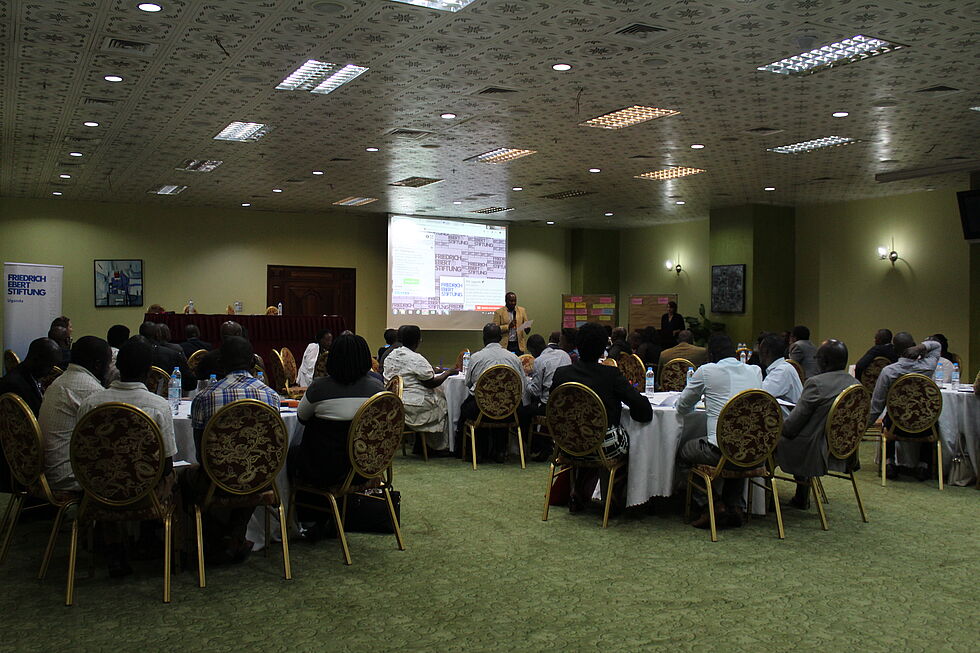 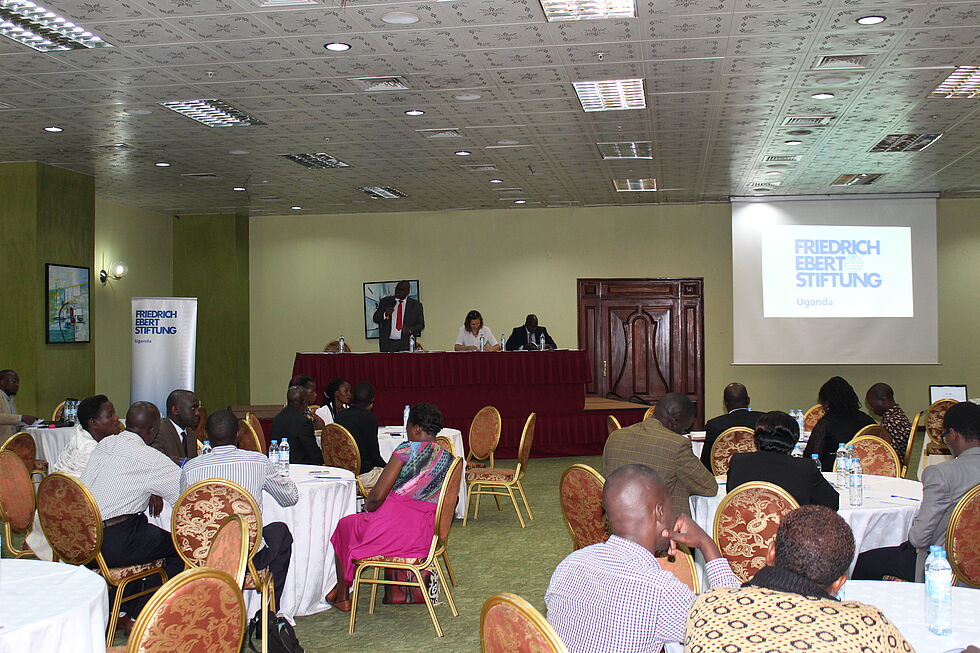 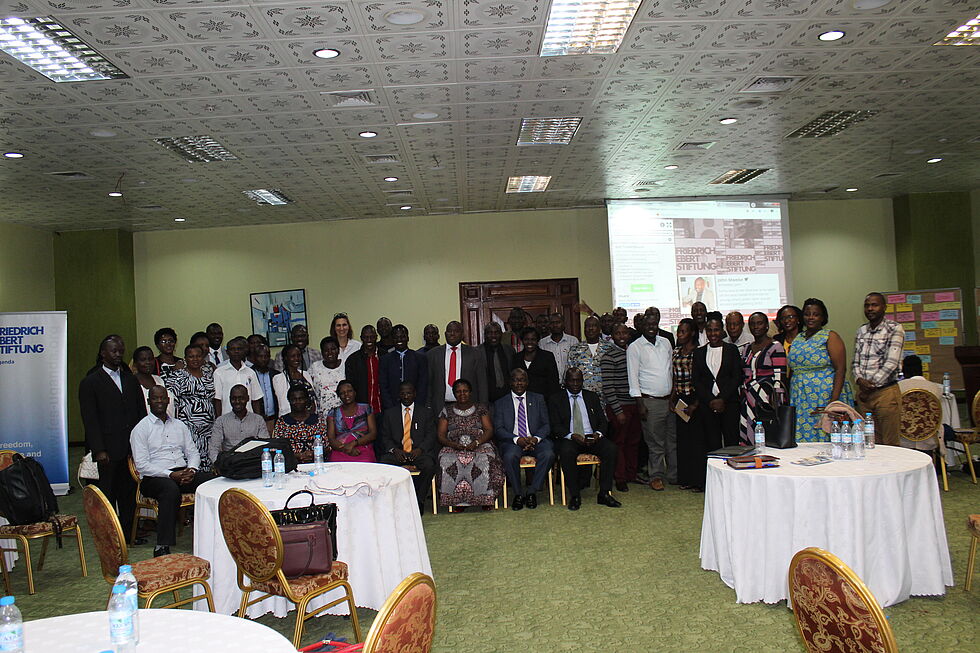 In his opening remarks, Darlington Kaswarra, Secretary General of UAAU, stressed the importance of public open spaces (POS) for urban areas and criticised that “ideally, public open spaces are areas for relaxation and recreation and as the word suggests entry should be free, but the brutal truth is that not all open public spaces in Uganda have free access”.

Inadequate policies and a weak legal framework to set up and maintain POS in Uganda and insufficient implementation of existing laws and policies were noted as the major obstacles by Akena Dickson, a Senior Legal Officer at Kampala Capital City Authority. That said, the representatives of municipalities in Uganda confirmed that a deficit in POS is also a result of insufficient budgets and missing prioritisation of the creation and management of these spaces.

Sarah Nandudu, Vice Chairperson of the Slum Dwellers Federation and Deputy Chair of the Board of Slum Dwellers International, noted that POS are especially limited in slum areas due to the fact that “some public open spaces have been sold and taken up by private investors for other uses to achieve desired economic returns”. Rising development pressure leads to land giveaways and disposal of land meant for POS to private entities. What does it say about a society if POS are given away for commercial/ profit oriented developments?

Also H.W. Bakitte Regina, Mayor of Nansana Municipality, denounces that only one POS is available in the four divisions of Nansana municipality. And representatives from Mbale further criticised that the few existing POS are not secure. The Mayor of Entebbe therefore questions “where can the local governments draw good practices on POS management in Uganda from” to support the improvement of POS?

Daniel Kalinaki, a POS user and journalist, advised that POS should be places where the youth can play, exercise and engage rather that participate in urban crime. But the current restriction of access to POS coupled with security and maintenance issues of these places are further a reflection of a physical and virtual attempt to limit expression of the people. So what has to be changed? What innovative ways forward can be adopted to build and maintain POS in urban areas?

Prof. Shuaib Lwasa highlighted two necessary reforms: (1) Municipal as well as central authorities need to take back responsibility of POS. (2) Some land in cities has to be taken off the land market to ensure its protection for POS use. In addition, the other panelists and participants stated the importance of:

Therefore the question regarding all efforts towards public open spaces in urban councils needs to be: What is the current face of POS and how can it change and be transformed in the current legal, political and economy framework of Uganda? In summary, as stated by Mr. Vincent Byendaimira, Ag. Director at Physical Planning, and Urban Development at the Ministry of Lands, Housing and Urban Development, the current availability, security, and maintenance issues, the need to make POS functional and attractive, and commitment to implementation have to be primarily addressed. Strong and clear political will especially by the government, sufficient funding and lastly community ownership of POS have to be ensured.