On Tuesday, 21st March 2017, the Friedrich-Ebert-Stiftung (FES) organised a dialogue at Serena Hotel to discuss the gender sensitivity of Uganda’s budgetary policy and other gender mainstreaming efforts as tools for achieving Sustainable Development Goal number 5 - Gender equality and empowerment of women and girls. 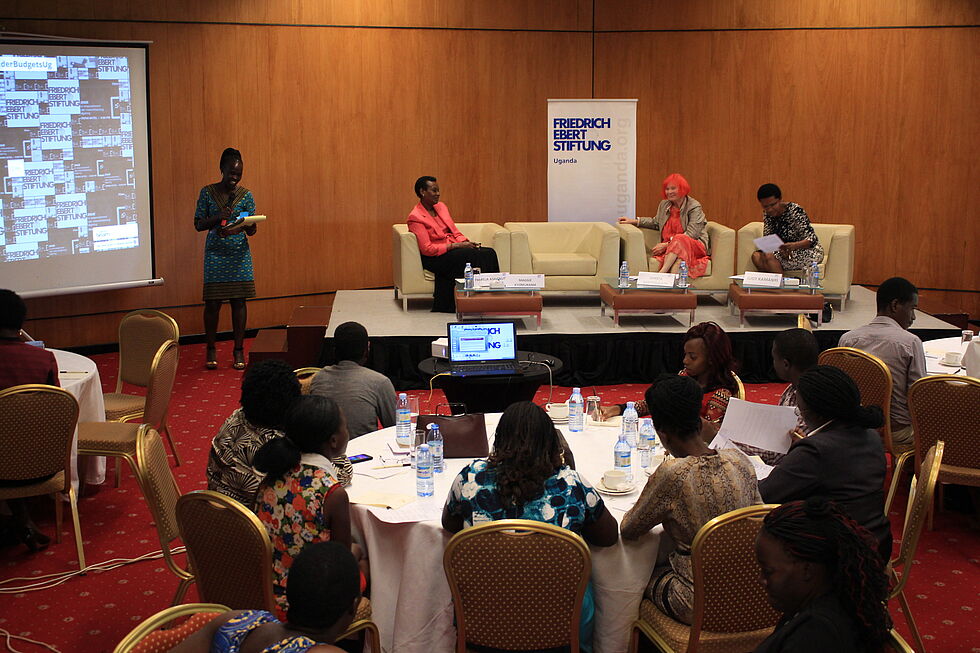 The meeting, was attended by representatives from government, civil society, media and academia, also highlighted the different efforts in selected European countries where gender budgeting had been successfully used to achieve socio-economic empowerment of women and gender mainstreaming.

A panel of experts from Government, civil society and a former Member of the European Parliament shared the different perspectives on the issue. Ms. Maggie Kyomukama the Acting Gender from the Ministry of Gender labour and Social Development spoke to what the Government has and is doing to improve the socio-economic status of women in Uganda. She highlighted programmes like Uganda Women Economic Empowerment Programme, Youth Livelihood Programme among the key programmes of the government under the ministry of Gender. She also noted the role of the Equal Opportunities Commission which is mandated by the law to ensure all government ministries are gender and equity complaint through the gender and equity certificate awarded during the budget process.

Key matters arising from the discussion included, concerns about how to hold local governments accountable when it comes to allocating and spending funds in a gender cautious way, unemployment and women working in the informal sector, the need for a law on minimum wage, early and forced marriages. The discussants also emphasized the importance of partnerships, increased dialogue and advocacy. The meeting agreed on a need to understand social dynamics and to build and focus on awareness in order to achieve SDG 5 and for gender equality to become reality.