This Policy Paper, reviews the options of fiscal and monetary policy actions available that Government of Uganda (GoU) can undertake to manage the macroeconomic challenges posed by the Covid-19 pandemic. 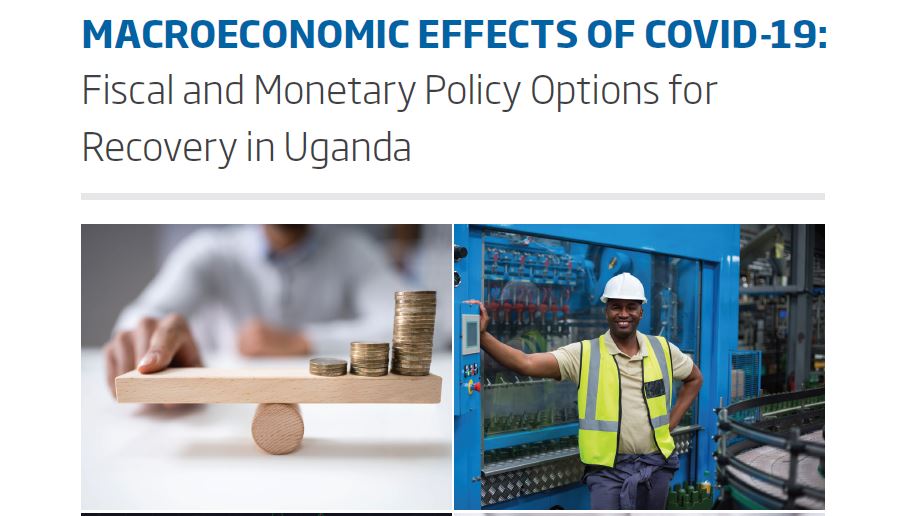 The economic crisis associated with the pandemic was initially ‘masked’ by the health crisis, which took top priority and led to introduction of preventive lockdown measures that disrupted production, distribution, aggregate demand, employment and growth. The measures resulted in massive unemployment (through both layoffs and furlough) as production units were forced to close or scale down operations leading to unemployment, lower demand, and growth, reduced tax revenues, and increased need for borrowing. Economic growth for 2019/20 is estimated at 3.1 percent down from the target of 6.0 per cent and lower than the average of 5.4 per cent for the last for years. According to MFPED (2020)i, the agricultural sector is the only one expected to experience an increase in the growth from 3.8 per cent to 4.2 percent. Industry grew by 2.3 percent from an average of 7 percent over the last four years, while services grew by 3.6 percent compared to an average of 5.6 percent over the last four years. The slowdown in economic activity was also reflected by other key indicators of economic activity including the Composite Index Economic Activity (CIEA) and value of total imports both of which are directly dependent on the internal strength of the economy. The slowdown is expected to translate into a shortfall in net revenue collections for FY 2019/20 of about Shs 3.64 trillion given collections of Shs 16.81 trillion against the target of Shs 20.45 trillion. The shortfall in revenue was partly covered by significant government borrowing amounting to Shs 8.48 trillion in FY 2019/20 out of which Shs 5.91 trillion was towards refinancing of the old debt and hence did not translate into a new resource for increasing goods and services. 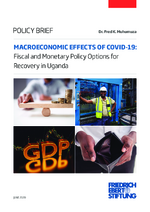 Fiscal and monetary policy options for recovery in Uganda
Kampala, 2020