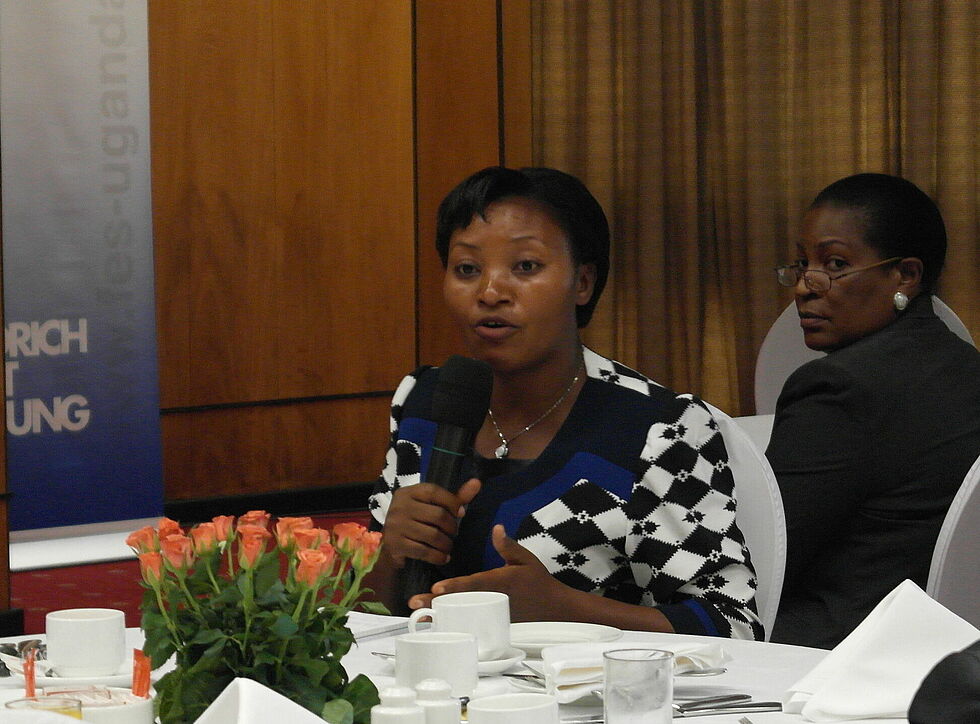 From the discussion, the following issues were agreed upon.

a.    The informal system is more predisposed to helping the poor than the formal and main streaming it would go a long way in improving land justice generally and particularly for the poor

b.    Interpret and practice what laws and regulations are in place,

d.    Address the land administration issues; the composition, competence and funding of the DLB to improve their functioning as well as supervision of the same,

e.    Funding of the MLHUD and the Judiciary (particularly the Land Division of the courts) to facilitate the understanding of the land case,

f.     More engagements with concerned (both political and technical) persons,

h.    emphasising the understanding of boundaries in the determination of land cases in the courts of law (field visits by judicial officers as per Practice Direction by the Chief Justice),

i.      MPs visit displaced Ugandans prior to the signing off on the proposed amendment of Article 26,

j.      Politicians taking a lead to review the land laws, given that they have the oversight duty and therefore can enforce,

k.    Execution of court orders shouldn’t be biased; obtain support of police for verification and enforcement,

l.      Undertake dissemination and sensitisation for Ugandans on the law as well as training mediators that can function in the informal courts,

m.   Reviving and supervision of the local council courts system,

n.    Restoration of the moral fibre of ethics and fairness in the resolution of land dispute,

o.    Benchmarking of red-lights for conflict areas across the country,