The emergence of global value systems of democracy, good governance, and the rule of law have led to the growth of transnational institutions to offer realisation of, guidelines to, and the enforcement of those values. 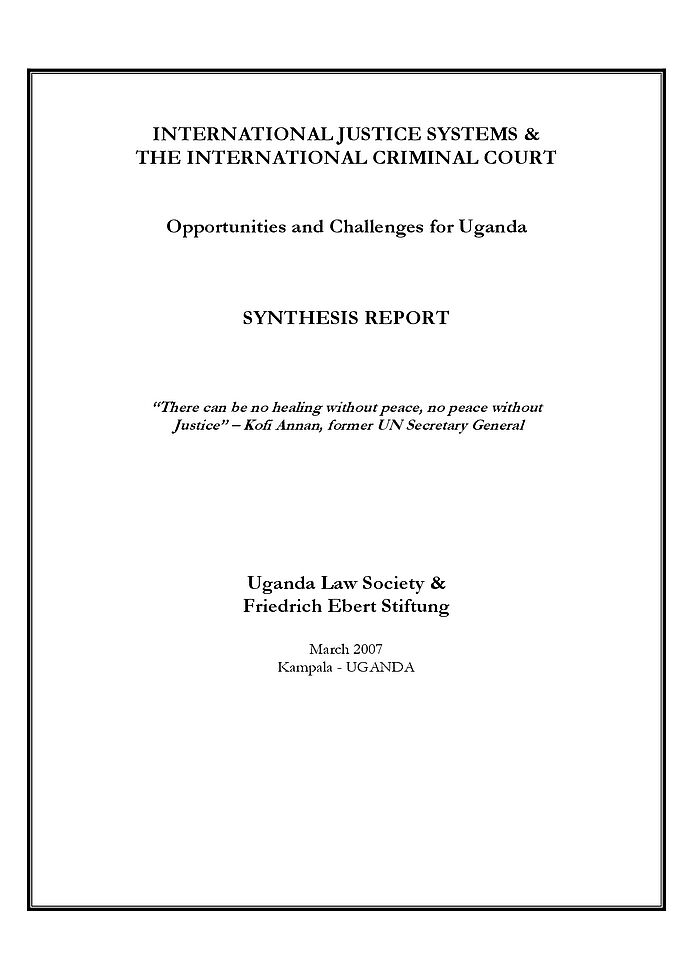 These global institutions and values seek to build on local practices and institutions in order to generate domestic consensus, credibility and acceptability. These value systems and the need for their enforcement have led to the creation of an international justice system whose raison d’ete is to bring an end to the culture of impunity by both state and non-state actors who violate human rights.

The International Criminal Court, which was created by the Rome Statute in 1998 and became operational on 1st July 2002, sought to give permanence to the international effort to wipe out impunity. It was created to deal with serious crimes of international concern, specifically crimes against humanity, war crimes, and Genocide. The ICC operates on the principle of complementarities along national jurisdictions.

In March 1999, the Government of the Republic of Uganda signed the Rome Statute and ratified it in June 2002. In the same year, the Government referred to the ICC, the human rights violations allegedly perpetrated by the Lord’s Resistance Army, which has been fighting the government in northern Uganda since 1987.

After investigating the claims, the ICC indicted five senior LRA military officers, including rebel leader Joseph Kony, and issued its first-ever warrants of arrest. The indictments meant that the rebels could be arrested and handed over by any state that had ratified the Rome Statute. 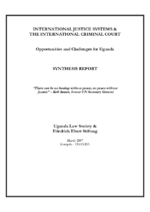