The African Media Barometer (AMB) is an in-depth and comprehensive description and measurement system for national media environments on the African continent. Unlike other press surveys or media indices the AMB is a self-assessment exercise based on homegrown criteria derived from African Protocols and Declarations like the “Declaration of Principles on Freedom of Expression in Africa” (2002) by the “African Commission for Human and Peoples’ Rights” (ACHPR)1. The instrument was jointly developed by fesmedia Africa, the Media Project of the Friedrich-Ebert-Stiftung (FES) in Africa, and the Media Institute of Southern Africa (MISA) in 2004. 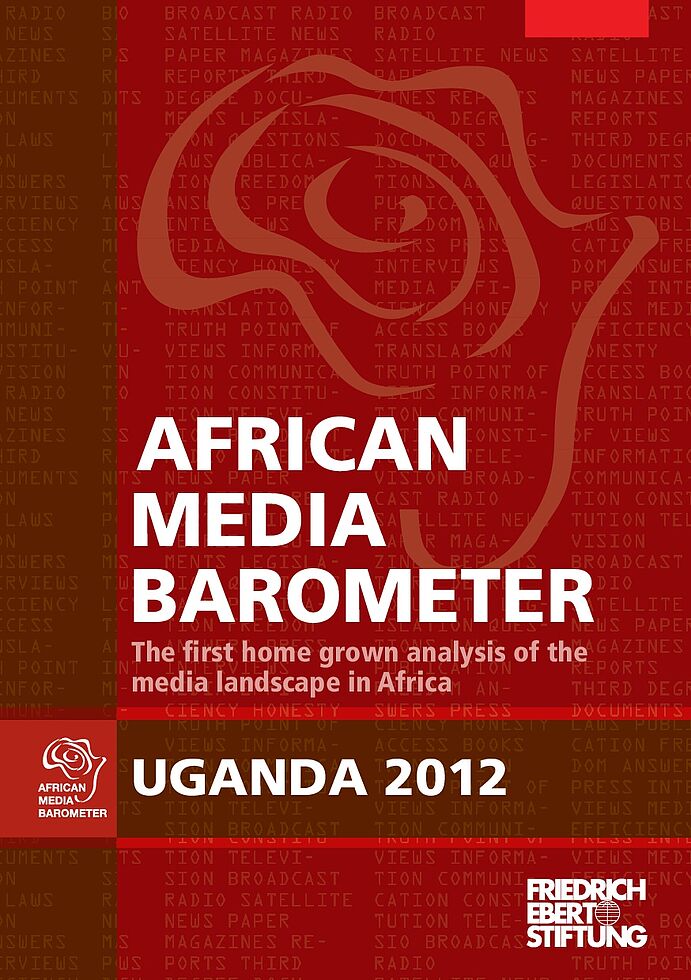 The African Media Barometer is an analytical exercise to measure the media situation in a given country which at the same time serves as a practical lobbying tool for media reform. Its results are presented to the public of the respective country to push for an improvement of the media situation using the AU-Declaration and other African standards as benchmarks. The recommendations of the AMB-reports are then integrated into the work of the 19 country offices of the Friedrich-Ebert-Stiftung (FES) in sub-Sahara Africa and into the advocacy efforts of other local media organizations like the Media Institute of Southern Africa.

Every two to three years a panel of 10-12 experts, consisting of at least five media practitioners and five representatives from civil society, meets to assess the media situation in their own country. For 1 1/2 days they discuss the national media environment according to 45 predetermined indicators. The discussion and scoring is moderated by an independent consultant who also edits the AMB- report.

After the discussion of one indicator panel members allocate their individual scores to that respective indicator in an anonymous vote according to the following scale:

2 Country meets only a few aspects of indicator

4 Country meets most aspects of indicator

The final, qualitative report summarizes the general content of the discussion and provides the average score for each indicator plus sector scores and overall country score. In the report panellists are not quoted by name to protect them from possible repercussions. Over time the biennial or tri-annual reports are measuring the media development in that particular country and should form the basis for a political discussion on media reform.

In countries where English is not the official language the report is published in a bilingual edition.

Implementing the African Media Barometer the offices of the Friedrich-Ebert-Stiftung (FES) and - in SADC countries the Media Institute of Southern Africa (MISA) - only serve as a convener of the panel and as guarantor of the methodology. The content of the discussion and the report is owned by the panel of local experts and does not represent or reflect the view of FES or MISA.

At the end of 2008 the indicators were reviewed, amended and some new ones were added to address the rapid developments in Information Communication Technology.

By the end of 2012 the African Media Barometer had been held in 29 African countries, in some of them already for the fourth time. 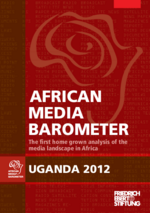 the first home grown analysis of the media landscape in Africa ; Uganda 2012
Windhoek, 2012