Despite the existence of social protection legal and institutional frameworks and policies, the Ministry of Finance, Planning and Economic Development has not prioritised financing social protection interventions with belief that there are no economic returns to the economy. 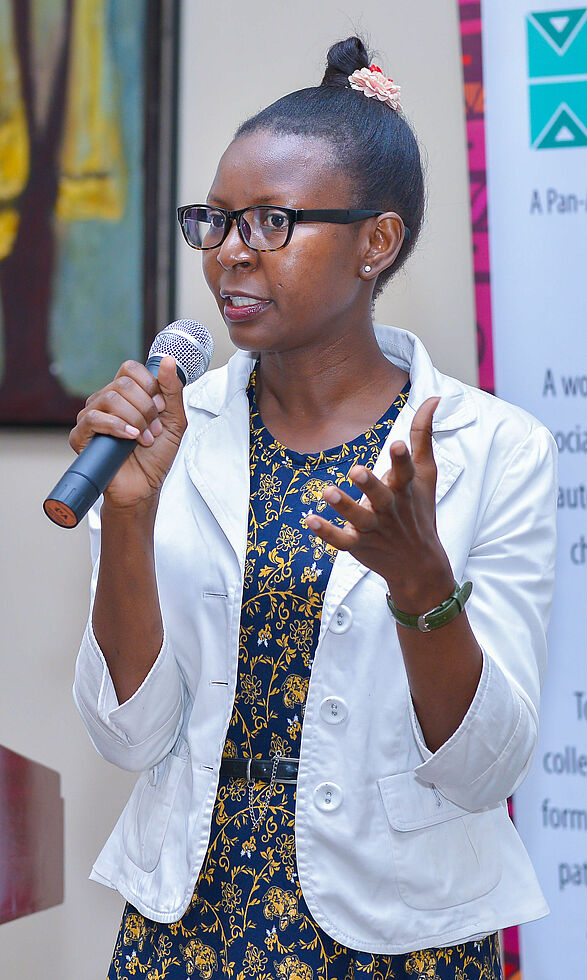 The event was aimed at giving an opportunity to stakeholders to discuss the relevance of social protection systems towards promoting gender equality and equity among women both in formal and informal economy of Uganda. The event stimulated discussions that contributed towards this year’s priority theme of the United Nations Commission on the Status of Women (CSW) 2019 – ‘Social protection systems, access to public services and sustainable infrastructure for gender equality and the empowerment of women and girls’.

While delivering the introductory remarks, representatives from UN Women, Akina Mama wa Afrika and Friedrich Ebert Stiftung highlighted the prevailing gender inequalities among working women especially those in the informal economy that urgently calls for social protection interventions to combat them from the risks and vulnerabilities they encounter.

In her presentation titled “Gender in Social Protection in Uganda”, Dr. Madina Guloba – a Senior Research Fellow at Economic Policy Research Centre, Makerere University, mentioned that access to social protection is a human right, not a charity and a key critical policy tool recognised in the Sustainable Development Goals and in Uganda’s National Development Plan II as well as Vision 2040. However, majority of Ugandans still find it difficult to access social protection especially those largely employed in the informal economy. This makes it worse among women because of their low awareness on social protection being a right, high participation in unpaid care work, illiteracy levels, low self-esteem, low payments and cultural norms that support patriarchal society. As a result, women do not benefit from old age pensions, health insurance, and maternity benefits.

Despite the existence of social protection legal and institutional frameworks and policies, the Ministry of Finance, Planning and Economic Development has not prioritised financing social protection interventions with belief that there are no economic returns to the economy. There have been efforts to implement some interventions both contributory - National Social Security Funds (NSSF), Public Service Pension Fund (PSPF), private health insurance and non-contributory schemes - public works programmes and social assistance grant for empowerment (SAGE) in Uganda but target a limited number of people and mainly donor supported.

During the plenary discussion, representatives from Ministry of Gender, Labour and Social Development, Uganda Parliamentary Forum for Social Protection, Uganda Social Protection Platform and Uganda Horticulture Industrial Service Providers and Allied Workers Union agreed that social protection is very vital among women as it guards them against risks and vulnerabilities including but not limited to health – illnesses, injuries and accidents, disasters – drought, floods and hunger, economic – unemployment and poverty, social, political and environmental risks.  They called upon the government of Uganda to strike a balance between investments in infrastructures and human development of which social protection is inclusive. The Panel further asked the government to bench mark what has worked in other countries such as India, Kenya, Ghana, among others to inform social protection interventions for the majority of people in Uganda’s informal economy.

In her closing remarks, Ms. Margaret Kakande, Head of Budget Monitoring and Accountability Unit under the Ministry of Finance, Planning and Economic Development mentioned that the government of Uganda recognises social protection as critical for sustained poverty reduction and inclusive growth. As a result, the government has undertaken some actions including Uganda Retirement Benefits Regulatory Authority commissioning a study on extending of pension coverage to informal economy workers in Uganda. This study culminated into the development of proposals for a scalable and sustainable strategy for extending voluntary retirement benefits coverage. Secondly the Cabinet resolved that section 7 of the NSSF Act should be amended to provide for mandatory contribution of all workers regardless of the size of the enterprises. Thirdly, NSSF has finalised creating a product targeting informal economy workers. In her conclusion, Margaret expressed need to bring on board new retirement benefit schemes for largely neglected self-employed and informal economy workers through innovative products that encourage flexible collection methods and increased public awareness on the retirement benefits especially among the rural population to encourage uptake and inclusiveness.